We set out to create a currency that's easy to use, secure, and private.

What is Sirch Cash?

Securely send money to other people using their wallet name.

To send Sirch Cash, all you need is your wallet name and private key. Your wallet has a unique private key that you should never share with anyone. We will never ask you for your private key. You may use Sirch Cash to make purchases or tip content creators within the Sirch ecosystem. The only way to purchase ads on Sirch is with Sirch Cash.

Fiat vs Crypto vs Sirch Cash 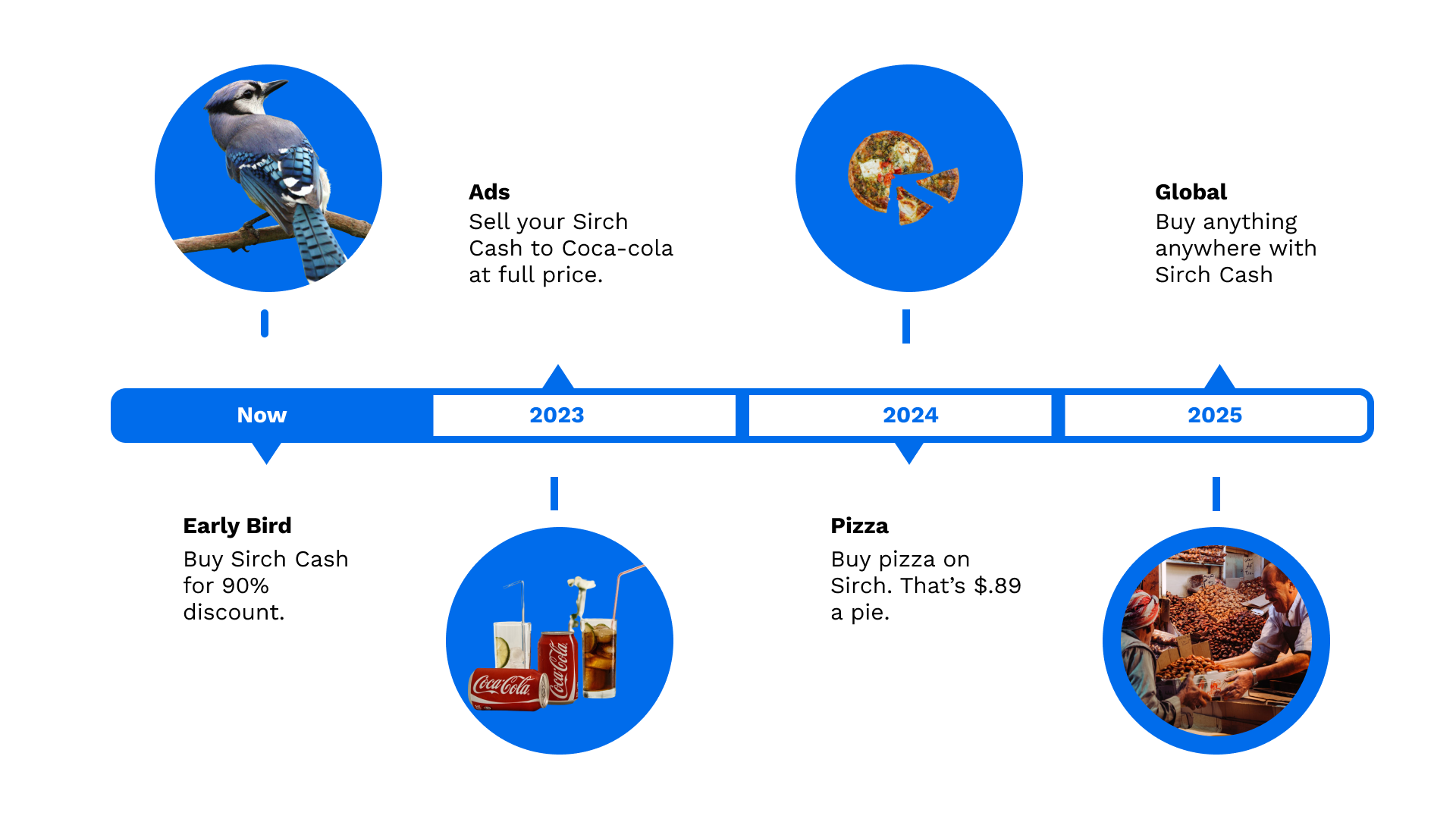 Sirch Cash is backed by ads.

Sirch Cash is experimental, which means that what you buy today may be worth nothing at all in the future. Buying Sirch Cash is a bold statement. It's a statement that you believe technological progress can beat the Sleeping Giant. Having said that, there are some reasons to believe that Sirch Cash will be worth ten times what you're paying for it today in the future.

If you are an advertiser or company that runs a lot of ads, you might purchase some Sirch Cash now and then run some ads. However, Sirch Cash is primarily designed for regular people. If you like Sirch (please do try it out!) and believe that we may become the dominant search engine in the future, you can "invest" in Sirch by buying some Sirch Cash today. Right now, Sirch Cash is being offered for very little. Why? Because the inflow of capital will allow us to build out Sirch features which should attract users, and advertisers. Once these advertisers want to buy ad space on Sirch, the Sirch Cash you hold becomes valuable since companies need Sirch Cash to display ads on Sirch. Sirch Cash can also be used to upvote (tip) content producers within the Sirch ecosystem, or to interact with other users within the Sirch ecosystem financially.

Long term, the goal is for you to make purchases of goods and services IRL through Sirch, and of course, for this too, you may use Sirch Cash. Long term, it would be nice if everyday shops and stores accepted Sirch Cash along with USD so that the currency becomes widely adopted.

We hope you will buy Sirch Cash and help us build the new search engine.

Josh and the Sirch team

Our excellent customer support team is ready to help.

Your payment was processed successfully. Congratulations!

You have cancelled the payment process.

This popup does not exist. I'm sorry.